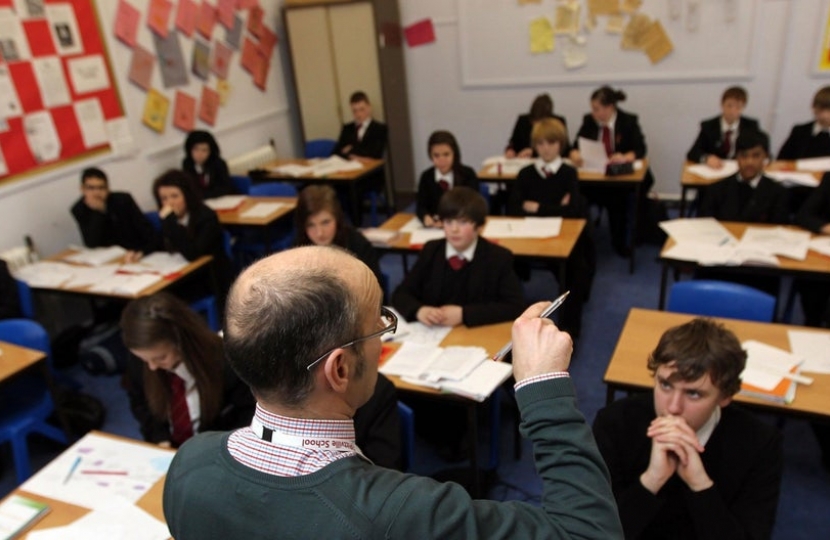 I AM going to tell you the story of a 10-year-old called Tommy. Tommy goes to school every day, like most other kids. He sits in his class with some other 10-year-olds. He doesn’t like it too much, but it’s okay.

Tommy’s handwriting is pretty good – it is better than mine – so a teacher somewhere in the last six years has done a good job. However, Tommy is in a special class now. Not special good, but special because Tommy gets bored and messes about.

He messes about more than most. Tommy knows he is in a special class, and although never directly told by the adults in his life, he pretty much knows he will get nowhere.

When asked, Tommy says he does not do much outside of school, so you press a little further and ask again, only to find out that Tommy smokes weed – not good for a 10-year-old, is it? He doesn’t really want to, but it impresses some of the young men who stand outside his school gate and around the shops waiting for kids like Tommy to come along.

So what does Tommy’s life look like at home? Well, let’s just say it is dysfunctional – no good role models here. The man who gave Tommy some cannabis is 22 and drives a car. Tommy thinks he is pretty cool. Tommy spends more time with this man than he does with anybody else. This is Tommy’s role model. After a year or two, Tommy starts running errands and carrying a bit of drugs. He likes to impress his role model. We all like to impress, don’t we?

Fast-forward a few years and Tommy is now 16, doing quite a bit of dealing – he is quite the young man on the street. People know Tommy, and he likes the attention. He starts carrying a knife. His mum tells him off because she’s seen it. He tells his mum to go away, but he doesn’t say “Go away” – he uses the words that the adults in his life use.

The police are watching Tommy. Everybody is watching Tommy. Tommy has a girlfriend – a sweet little 16-year-old – who starts taking a bit of drugs because Tommy does. She likes to impress. We all like to impress, don’t we? I do not need to continue for you to know how this story ends – not much of a story, is it? It is not a good story, but guess what? This is what happens when we have the wrong role models and we try to impress the wrong people.

There is another story. There is another Tommy who is 10 and in a special class, and whose writing is better than mine, but when asked what he does after school, he tells you he plays football and he’s good at it. He is no longer a special kid for the wrong reason; he is special for the right ones. His teacher tells him that he is going to do great things.

He has a great role model at football, who tells Tommy to go to the gym when he is not playing football, where there is another great role model. Tommy’s school organises a visit to the airport, to see a bomber called the Vulcan. Tommy enjoyed the trip to airport and wants to learn to take a plane apart and put it back together again. Now we have Boeing in Doncaster, and Tommy gets an apprenticeship. Tommy’s life is looking great. Isn’t that a better story?

It’s not just about Tommy. It’s about Rachel, Mia and Muhammad who work at Yorkshire Wildlife Park, Polypipe or the new hospital. It’s about having great role models. ​It’s about everyone raising their game. It’s about teaching kids that there is a right way and a wrong way, and that having dreams and goals are necessities in life, not luxuries.

It is about following what you believe in, like one of our many notable folk in Don Valley, William Bradford from Austerfield, who sailed on the Mayflower to follow his dream on a pilgrimage to the new world we now call America, some 400 years ago. It is about giving a town pride in itself. Can you imagine how the people of Don Valley felt when a castle was being built at Conisbrough in the 11th century? That was the last time we had some serious investment. Can you imagine how the people of Doncaster will feel if and when a new hospital is built, when flood defences are put in place so their homes are not flooded every 10 years, and when a new rail link is built to Doncaster Sheffield Airport?

We need these big projects to raise the aspiration of our young, and to let people know they are not forgotten communities. But most of all we need to hold ourselves accountable, take responsibility and become great role models – and that must start with me here. That costs nothing; well, I am from Yorkshire.

I've consistently said we need to make local transport more environmentally friendly. Doncaster needs electric buses. I made the case for our town to have public transport EVs in my speech today.