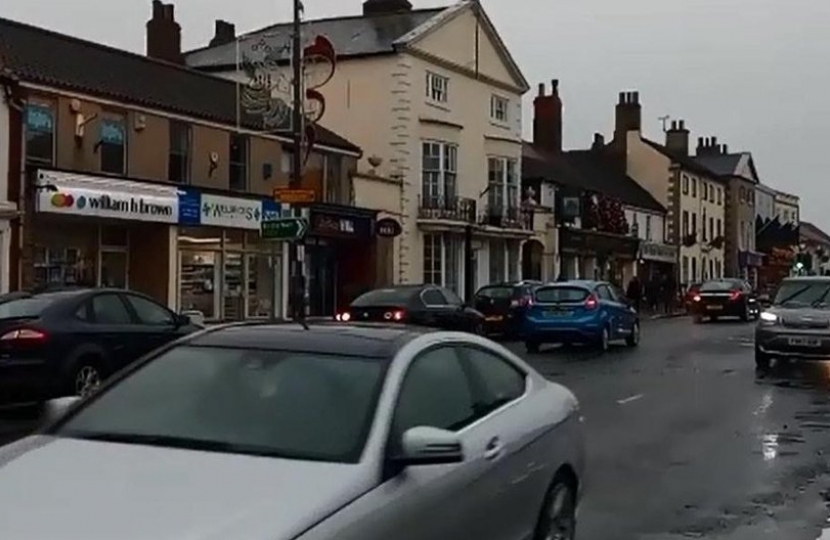 I AM pleased that over the years most of us have come to accept that humans are having an impact on our environment.

That said, I can understand why some people may be sceptical about the extent to which the UK can lead the global fight against climate change.

After all, we contribute a mere one  per cent of the greenhouse gases produced globally, and naturally some may ask, “Why should we take such a lead?”

That is a question that I have asked myself.

But I believe that, with our standing in the world being as great as it is, we must lead rather than follow.

We can set an example to our international partners on the merits and necessity of reducing emissions.

However, it is local pollution – the pollution on our streets – that I want to highlight.

The fumes that we breathe as we walk down the street are mainly from cars, yet in Doncaster, where the bus fleet is old, vast clouds of black smoke from the buses also fill the air.

In recent months, I have said much about electric cars with regard to the need to introduce a zero emission vehicle mandate and increase the number of charging points. Such moves would help the speed at which we make the transition to electric vehicles and reduce emissions.

However, many more individuals in urban centres mainly use buses rather than cars to get about.

As part of the Sheffield city region – now the South Yorkshire Mayoral Combined Authority – Doncaster has had to cope with second-hand buses for many years.

Meanwhile, the newer buses are predominantly located in Sheffield. Apparently that is due to the topography of South Yorkshire.

In speaking to stakeholders, I have been informed that it is better to give the new buses to Sheffield, where it is very hilly, and use the older buses in relatively flat Doncaster.

My constituents rightly believe that this state of affairs is unfair, and I long for the day when Doncaster residents can also benefit from the clean air that results from having electric buses on the roads.

For too long, Doncaster’s children, on their way to school, have had to breathe in particulates, which can cause lifelong illnesses.

If we are to embark on a green industrial revolution, I urge Ministers to work with the South Yorkshire Mayoral Combined Authority, Doncaster Council and private enterprise to get polluting buses off my constituency’s roads.

We often hear how China is the main contributor to global carbon emissions. That is true and something that I am sure is raised by our representatives abroad with its Government.

However, China is also a leader in electric transportation and buses as a whole.

It is also one of the largest investors in grid renewables.

Shenzhen, a city of more than 12.5 million people, has electrified its entire bus system.

I see no reason why that could not be replicated right here in the UK.

After all, the UK is one of the greatest innovators in and utilisers of grid renewables.

I therefore hope that, with the Government’s plan to build back better, we can move quickly to complete electrification of our public transport.

However, if we are to roll out more electric buses, infrastructure is needed. I am talking about huge charging depots, which will inevitably require a lot of power.

If we are truly going through with building back better, the Department for Transport must prepare for that.

Furthermore, we must press forward quickly in rolling out electric buses in places such as Doncaster, as that would work well and be a great example of levelling up.

To conclude, if we are ever to end the love affair we have with our cars, we must create frequent, reliable, safe, clean and easily accessible electric buses.