Nick Fletcher: 'I speak how people in Doncaster speak - I need to deliver, I need to be a good MP' 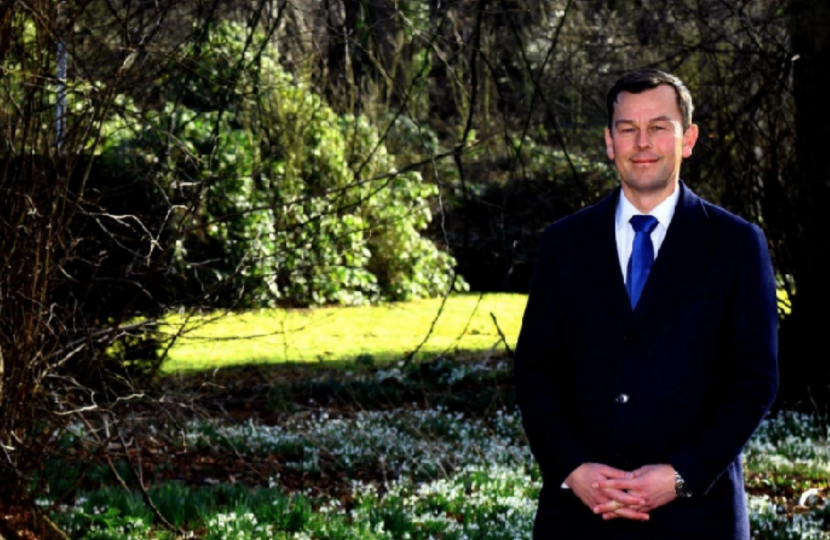 The following article is taken from the Yorkshire Post:

Before he was an MP, Nick Fletcher spent his time shouting at the television while watching Question Time.

But after realising not much more than a sore throat could be achieved that way he stood for election and in one of Labour’s big losses of the night, swiped Don Valley from Caroline Flint.

Ms Flint, who was MP for 22 years, has not shied away from telling her party where she thinks they went wrong.

But with her defying her party line on Brexit, Mr Fletcher was never quite sure he was going to win the seat.

A few weeks into the job, sitting in Portcullis House in Westminster, he appears still slightly shellshocked at the result.

“It’s a difficult one you know,” he said.

“Because I think if it had been anybody else’s seat other than Caroline Flint, I would have realised [he was going to win].

“All the surveys happened, but there’s no better than your own when you’re knocking on a door for five weeks, you get to know.

“You’re actually speaking to the people that are voting for, it’s not an algorithm, it’s just literally yes they’re voting for you, no they’re not.”

Although signs were positive he said hearing good things about Ms Flint put him on edge.

“It helped that I’m a local candidate,” he said. “I don’t know how much of that vote that’s worth, it would be interesting if you could ever find out, but I speak how they speak, that’s it.

“I do feel as though, because I’m local, I really do need to deliver and I do need to be a good MP. And if I’d been flown in from somewhere else, that wouldn’t work, it’s my town.”

Mr Fletcher, 47, grew up in Doncaster, specifically in his constituency with wife Gail since his mid-20s.

And although he always had a healthy political intrigue - especially through being a business owner of Analogue Electrics - he wanted to wait until his children James and Lucy were grown up before he thought of running as an MP.

“I expected it was going to take a little bit longer than it did but it was our time,” he said. “We needed it, the country needed it.”

But he admitted it had been a shock to the system, and added: “I’ve been self employed for 25 years, so I’ve always worked ridiculously hard and ridiculously long hours but the hours here taken to another level, they really do.”

On his wish list are big ticket items such as a rail link for the Doncaster Sheffield airport - “a catalyst for Don Valley,” he says - and a new hospital, with Health Secretary Matt Hancock having already paid a visit.

But it is in raising the sights of young people in Doncaster where he appears most passionate.

“We’ve got an awful lot of young kids who I think need some inspiration and aspiration.”

He said: “We want them to come out of school at 16 and there needs to be something there that they can go for, that they can aim for, and I think Doncaster Sheffield Airport is probably the single best thing that we can do for the community as a whole, and I think that would be great.”

Mr Fletcher reminisced on how as a young apprentice he rewired London Underground carriages when they were sent up to Doncaster for revamping after the King’s Cross fire in 1987.

He was made redundant when the project finished but took a business course while on unemployment benefits, and set up his firm.

“So I‘m a champion for apprenticeships and I think that’s a nice story to tell, I think, especially children I think they see a massive distance between them and an MP, for them and a businessman, they can’t seem to join that up and think one day that I could do that. And I think I’ve got a good story to tell these kids,” he said.

“I want to show these kids that they are fantastic. They are valued as individuals, and that there is everything in Doncaster and Don Valley for them to connect with, for them to have a future in Don Valley, we don’t want people leaving.”

The airport plays a large part in this plan for Mr Fletcher, who has vision of it rivalling Manchester’s.

But there is a question mark over if this can be sold to a younger generation who are increasingly concerned about climate change.

“There are thousands of car journeys out of Doncaster and the surrounding area going to other airports, that’s not good,” Mr Fletcher said.

“We’re going to have to let technology look after the airspace and the advances that come there, we need to do everything that’s possible on the ground, and the airport will reduce thousands and thousands of car journeys every day.”

It remains to be seen whether Doncaster’s young people back the plan, but Mr Fletcher is fully prepared that if he cannot deliver for Don Valley, he will soon be kicked out.

“We need to be delivering but if we’re not it’s going to be very difficult knocking on the door in four and a half years time.

“It doesn’t happen overnight, it does take time, and I do think people understand that, but four and a half years is a reasonable length of time and people should expect to be able to say changes and investment.”

In the meantime he is celebrating constituency wins, encouraging staff to share triumphs in a Whatsapp group.

Mr Fletcher saw the new, stronger, Government as good news for the North - because he hoped things could actually get done.

“If people don’t like it then in five years time you have an election,” he said.

“But with hung parliaments, nothing gets done.”

He said he was positive the Government meant it when it committed to the North.

“So, at least I think when you’ve got a strong Government now, they’re our decisions and if we made the right ones we will be elected again,” he said.

“And if we make the wrong ones, we won’t.

“I think that’s so important in a country.”