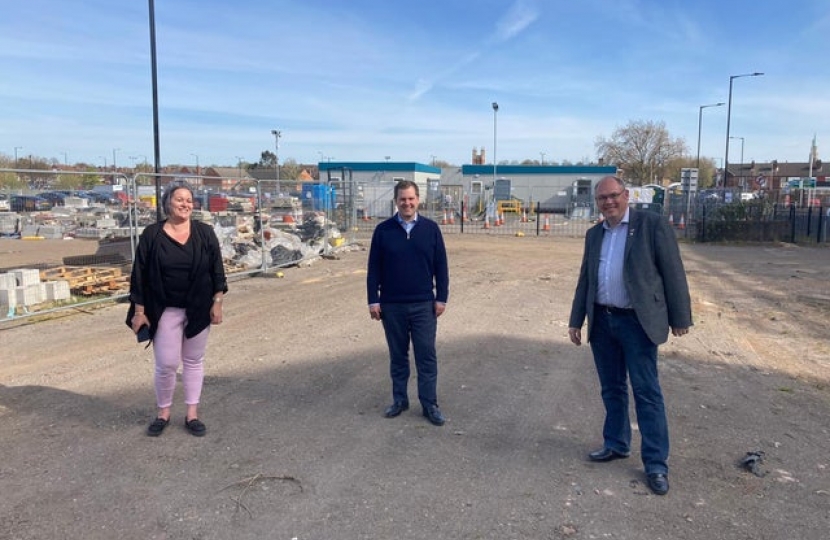 As found in Doncaster Free Press:

A Government minister has visited Doncaster to see where a potential new hospital could be built provided the town is chosen in future.

Robert Jenrick, Secretary of State for Housing, Communities and Local Government, told the Local Democracy Reporting Service said that investment was coming to Doncaster despite an initial rejection from Government over a new hospital in the town.

Mr Jenrick visited the site close to the Waterfront next to Doncaster College and said ‘if there’s a way to make it work’, Health Secretary Matt Hancock and Don Valley MP Nick Fletcher will do ‘everything they can’.

The comments come weeks after Prime Minister Boris Johnson said that Doncaster was ‘very much in the running’ for a new hospital.

Despite electing Fletcher in 2019, Doncaster has been turned down for a rail link to Doncaster Sheffield Airport, a freeport and initially for a new hospital but bidding for the second tranche of funding begins later this year.

When asked about the snubs, Mr Jenrick said: “This is my fourth visit to Doncaster in two years since I’ve been minister and I’ve seen the investment my department is making in the Keepmoat properties in the town.

“We’ve also been able to award Doncaster the Towns Fund and now we’re working with the council to finalise the proposals there so there is investment coming into the town as a result of having a Conservative government and a Conservative member of parliament – of course I’d like to see more of these projects come to fruition.

“We’ve invested record sums into the NHS including the capital programme to build more hospitals.

“I know that Nick Fletcher has met with Matt Hancock, he’s been up to Doncaster to see the opportunity and now those plans are being worked through to see what particular site we should choose and what specialism could be.

“If there’s a way to make it work then I know Matt (Hancock) and Nick (Fletcher) will do everything they can to do so.

“Doncaster has so much to offer, it’s very well connected, it’s got a great architectural heritage, brilliant independent shops but it does now need that investment so we can turn empty shops that are derelict into new uses such as homes.”

I've consistently said we need to make local transport more environmentally friendly. Doncaster needs electric buses. I made the case for our town to have public transport EVs in my speech today.