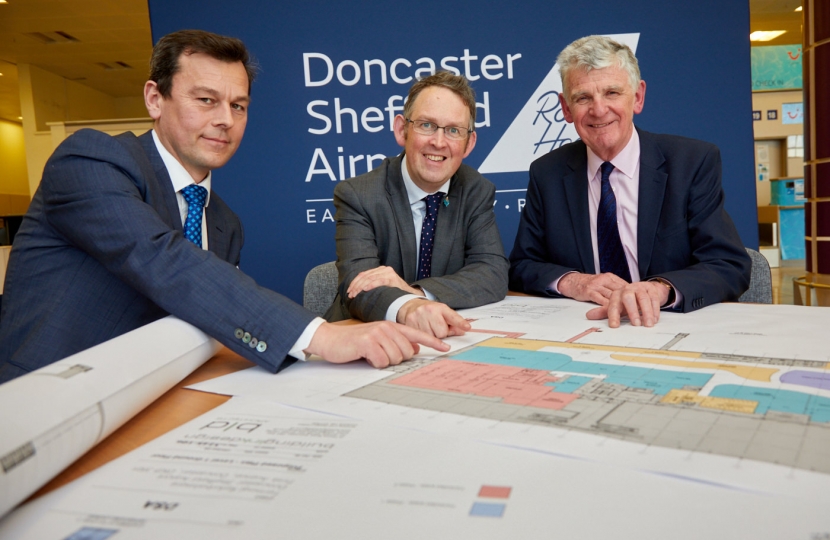 Doncaster Sheffield Airport is set to receive a £10 million cash boost which will be used to finance enhancements at the airport including new gate bridges and a security search area.

Paul Maynard MP, the Aviation Minister, visited DSA on Thursday 30th January to take a look at the plans and discuss the railway station linking DSA to the East Coast Mainline.

This was a significant visit for DSA and an opportunity to meet the people who will make the exciting plans for the airport a reality. DSA has enormous potential and Don Valley's Conservative MP Nick Fletcher fully supports the proposed East Coast Mainline station at the airport.

Nick Fletcher MP said, 'A station at the airport is a huge opportunity for our local economy and we are committed to making sure bosses, staff and users are listened to and involved in the progress of this plan. A station would cement DSA at the heart of our region because even more people would be able to get here! Nearly nine million people would live within ninety minutes travel of the airport. Increasing access is a substantial boost for local economic growth. It is a great deal for Doncaster.'