For democracy, it is essential that we push back against toxic debate - Nick Fletcher MP 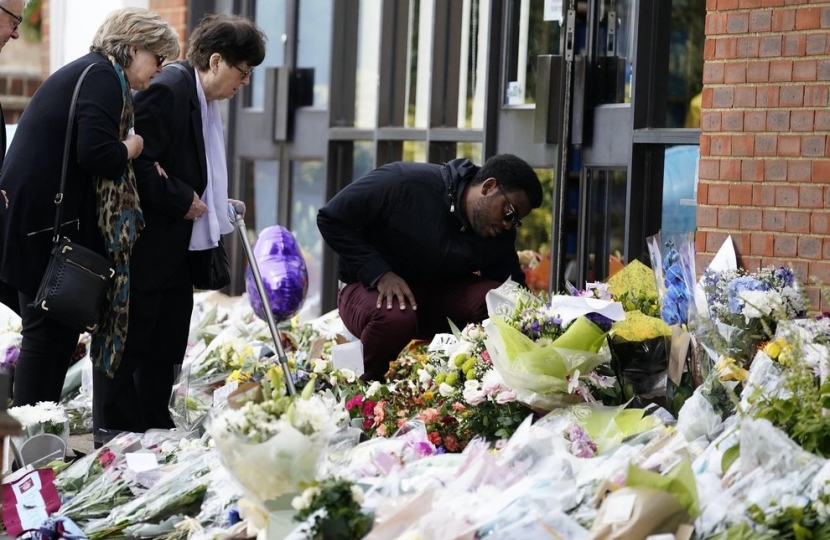 Last month was one of the darkest in our recent political history. The callous murder of Sir David Amess, a hardworking and well-respected Member of Parliament, sent shockwaves through our democratic system.

As a consequence of this cowardly action, MPs and Ministers have worried about their security more and more, and I am sure that there were conversations in all MPs’ homes on whether being an MP, in light of such events, was worth it.

I have two local councillors working for me in my constituency office, and I know that they have had similar conversations. Unfortunately, these conversations were ongoing before the tragic death of Sir David. It seems that wherever one’s politics lies, individuals who put themselves up for elected office are becoming more frequently targeted. In a democracy such as ours, this phenomenon can only be met with deep concern.

What made the death of Sir David even more shocking is that it is the second occurrence in five years when a sitting Member of Parliament has been murdered in their own constituency.

What made the death of Sir David even more shocking is that it is the second occurrence in five years when a sitting Member of Parliament has been murdered in their own constituency.

It is very easy to treat such incidents as being isolated from one another when, clearly, they are not. Instead, it is increasingly apparent that the abuse and violence that MPs are frequently subjected to stems from a toxic and increasingly accepted online culture where anything goes. Threats and abuse on social media platforms are something that every colleague of mine experiences daily. Equally prolific on the internet is disturbing violent footage and hate speech directed towards specific communities.

In an environment such as this, it is clear that something must be done, not only to protect individuals but to protect the very foundations of democracy and society itself.

It is for this reason that the Government introduced the draft Online Harms Bill. While I was pleased with the announcement of the draft Bill, it is evident that after the murder of my colleague, it must be toughened up so that anonymous accounts that make threats or publish hateful literature can be traced to an individual who wishes to do harm. Yet, we should not be fooled into thinking that only anonymous accounts are an issue. Most accounts reported to Twitter for vile racist abuse towards England’s players in the 2020 UEFA European Championship were not anonymous.

I doubt that most of the individuals reported would be comfortable splurging racist bile in a public venue, such as a pub. Yet, for whatever reason, many people have grown accustomed to acting differently online.

It is here that personal responsibility comes to mind. If we are to tackle the toxic online culture that is leading to negative social ills, then we should start encouraging our friends, family members and co-workers to be socially responsible for what they post online.

While we should, by all means, hold the social media giants like Facebook to account for what is published, a culture that says it is ok to post abuse or threats to individuals and communities online must also be tackled.

On the doorstep, I know that many people have no time for politicians. Yet while a dose of scepticism towards politics has a long tradition within British culture, the pendulum has now gone too far. We have reached a stage where it has become the norm for individuals to mistreat, slander and threaten those who disagree with them politically. Unfortunately, this toxic culture towards the Government, opposition and our elected representatives is frequently led by celebrities. Rather than using their platform to champion issues and challenge injustices, the language often used by certain celebrities towards politicians only encourages the online abuse and violence directed towards public figures.

Such celebrities may not feel bothered by the consequences of their actions. Yet anyone who cares about democracy should. For two main reasons: firstly, by encouraging a toxic attitude towards political figures, we are increasing the likelihood of violence towards them. The only consequence of this will be that elected representatives will unwillingly ask for more security protection which will, in turn, make representatives less accessible.

Secondly, much of the violence and abuse on social media platforms is disproportionately directed towards representatives from female or minority backgrounds. Consequently, by encouraging or permitting a culture of abuse, we are encouraging our democratic institutions to be less representative of the population as a whole.

For the sake of our democracy, it is essential that we push back against the toxicity that we have seen creep into our public discourse towards our elected representatives.